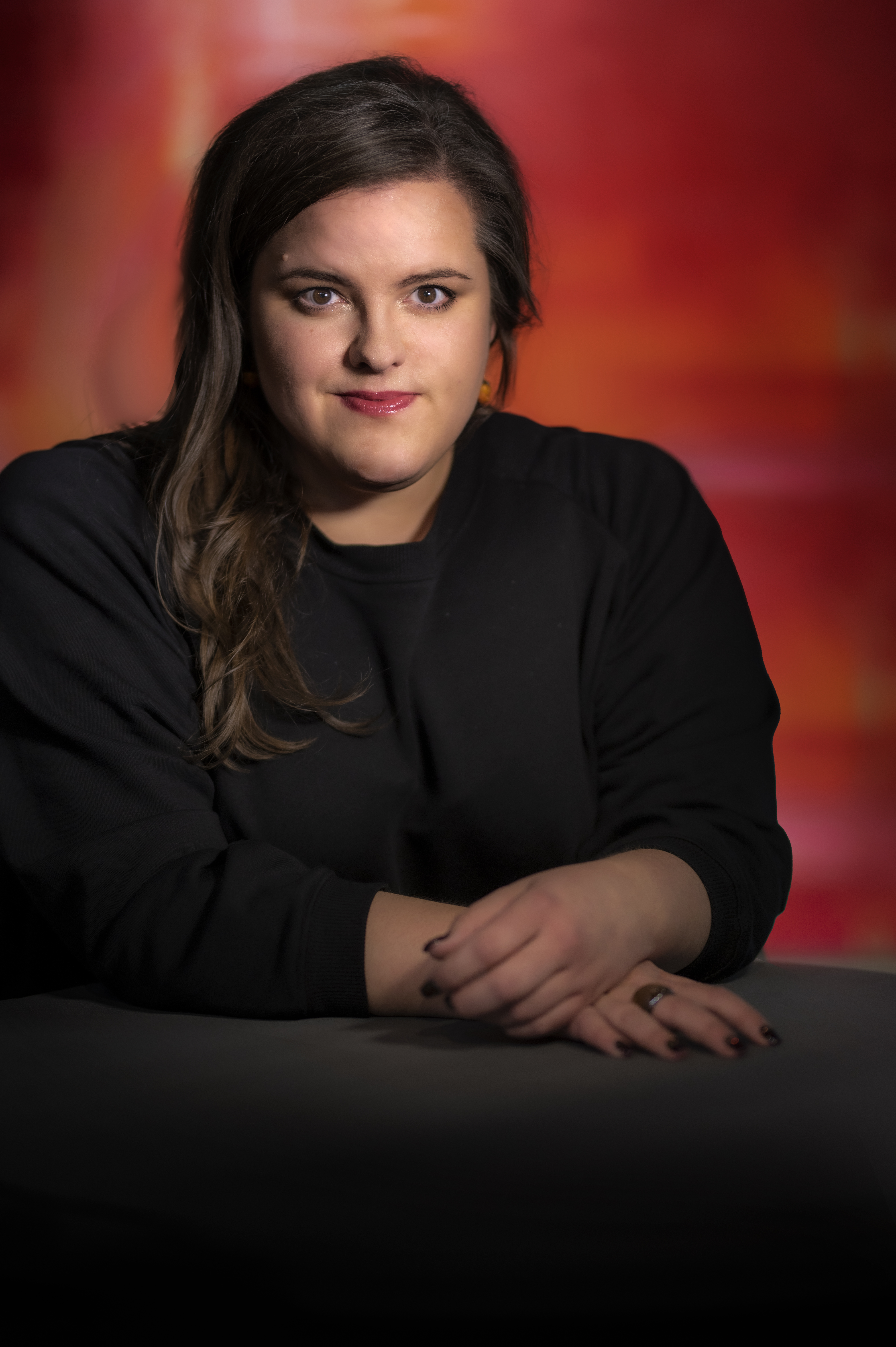 Åsa Jäger is a young and up and coming, dramatic soprano, currently residing in Väderstad, midway between Stockholm and Gothenburg in Sweden, but born and raised in Holmsund outside Umeå in the northern part of Sweden. She studied at the University College of Opera in Stockholm and graduated with honors in June 2015.

In April 2022 Åsa made her long awaited and very successful german- and Wagner-debut as Brünnhilde in Die Walküre at Landestheater Coburg, conducted by GMD Daniel Carter. The reviews were unanimous, praising her clear tone, multifaceted voice and her honest portrayal of Brünnhilde. In March 2023 yet another Wagner-role will be premiered at Landestheater Coburg when their Ring-cycle continues with Siegfried in which Åsa will sing the role of Brünnhilde.

She started the 2021-22 season by performing in the Norrlandsoperan Symphony Orchestra’s jubilee concert, held to celebrate the orchestra’s 30th anniversary. The concert will be conducted by Patrik Ringborg.

Åsa will start the 2021-22 season by performing in the Norrlandsoperan Symphony Orchestra’s jubilee concert, held to celebrate the orchestra’s 30th anniversary. The concert will be conducted by Patrik Ringborg.
Due to the covid-19 pandemic the year of 2020 was quite empty for Åsa, but in October 2020, Åsa was one of the semi-finalists in The Lauritz Melchior International Singing Competition in Aalborg, Denmark.
During 2019, Åsa, among other things, performed together with the Gävle Symphony Orchestra singing Sibelius-Lieder and Wagner-arias and in September 2019 she made her stage debut on Norrlandsoperan as the Mother in Humperdinck’s opera Hänsel and Gretel.
In July 2018 she participated in the international competition Die Meistersinger von Nürnberg, and out of 950 applicants she was one of 24 who made it to the semi-finals. In 2016, Åsa competed for the first time and was a finalist in the Wilhelm Stenhammar International Singing Competition in Norrköping, Sweden.
Åsa has worked with conductors such as Nader Abbassi, Anja Bihlmaier, Tabita Berglund, Ola Rudner and Patrik Ringborg and she has performed with orchestras such as The Royal Swedish Orchestra, the Norrlandsoperan Symphony Orchestra, the Gävle Symphony Orchestra, the Swedish Wind Ensemble, KammarensembleN, the Aalborg Symphony Orchestra and the Norrköping Symphony Orchestra.
In addition to the traditional opera repertoire, Åsa, also sings contemporary music. In the last couple of years she has made no less than three first performances of short operas, including Om människan/On Humanitytogether with KammarensembleN at Folkoperan in Stockholm, Sweden.
During the years Åsa has received a number of prestigious awards, including the Anders Wall’s Giresta scholarship and the Swedish Wagner society’s Bayreuth scholarship in 2015. She was also a recipient of the Royal Academy of Musics national scholarschip for five years in a row 2012-2017.
Nordic Art Songs and German Lieder lies close to Åsa’s heart, and she has a large repertoire. She performs regularly and in close collaboration with different pianists.
Åsa’s voice has a dark timbre, a strong mid range and a shimmering height that takes a room in possession. Characteristic for Åsa’s stage persona is her desire for total honesty in her expression. The underlying relationship between character, performer, music and psychology is what motivates Åsa in her daily work and she is always keen in exploring these perspectives further.